It’s probably one of the most spectacular hikes I’ve done so far! The reason is that the Grand Canyon, with its layers of red rock revealing 2 billions years of geological history, is truly a place like no other. It’s quite a long track (over 32km) but can be cut 2.5km shorter by skipping the Plateau Point and another km or so by avoiding the Phantom Ranch. You should also take into account that there’s almost no flat parts – the first third you’ll be going down the South Kaibab trail and the rest is mainly an ascend back to the South Rim following the Bright Angel trail.

Please note: don’t attempt to do this loop in 1 day during the summer time as the temperature can go as high as 40°C (104°F). I visited the Grand Canyon in February and the highs were about 17 °C (63°F) down by the Colorado river, whilst up in the South Rim it was below freezing. There wasn’t too much snow up when I visited but micro spikes definitely came in handy in the last 3 km of the Bright Angel Trail as it was covered in ice. And pack a lot of water no matter the season! Those who want to split this hike into more days should check apply for a camping permit.

The trail itself is well signed and is very easy to follow. When you get down to the Colorado river through the South Kaibab trail you can either make a little detour to the Phantom Ranch and Bright Angle campground or you can carry on straight up the Bright Angel trail. Every bit of this hike is rather picturesque (in its own rough way) so if you’re into photography you should calculate with at least one extra hour as you’ll be constantly taking pictures. I personally started the track at about 6.30am and finished with the sunset at 6pm, which means it took me almost 12 hours. It’s definitely not an easy hike but who doesn’t like challenges, right?

Btw. another big benefit of visiting the Grand Canyon in the winter is the fact there are almost no people. Or at least on this loop trail… I met almost no one on the South Kaibab trail (apart from a mule train with a few cowboys) and I passed by just a few people when going up the Bright Angel trail. Also, apparently the South Kaibab trail offers the shortest access to the Colorado river of any other trails in the Grand Canyon.

As always, you can download the route in GPX by clicking on the “Download” button under the map! Have fun and leave a comment if you enjoy the track (or even if you don’t)! 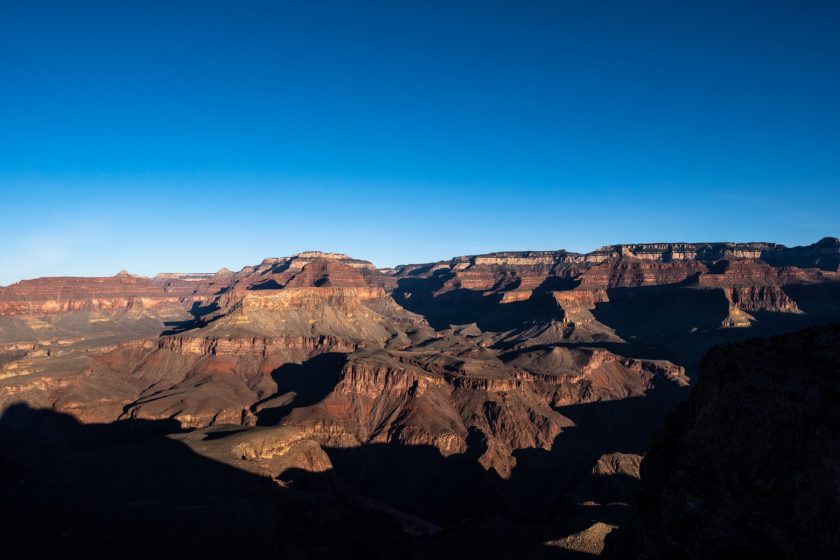 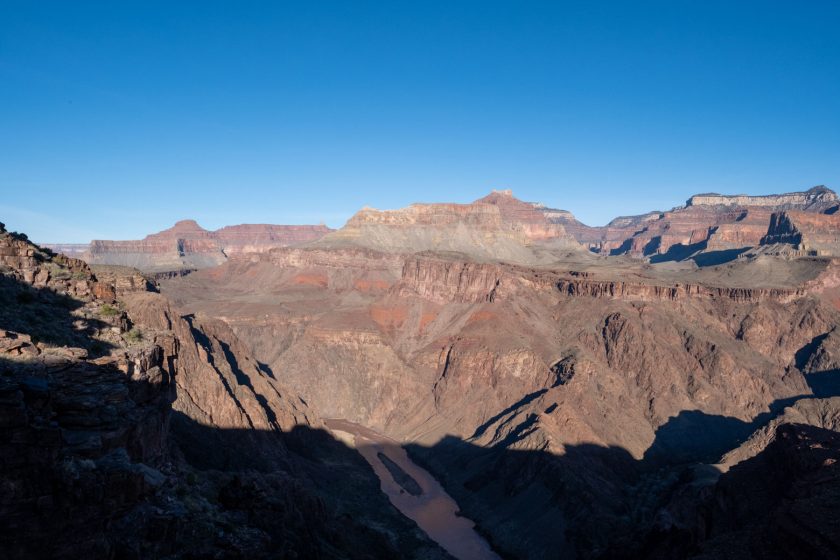 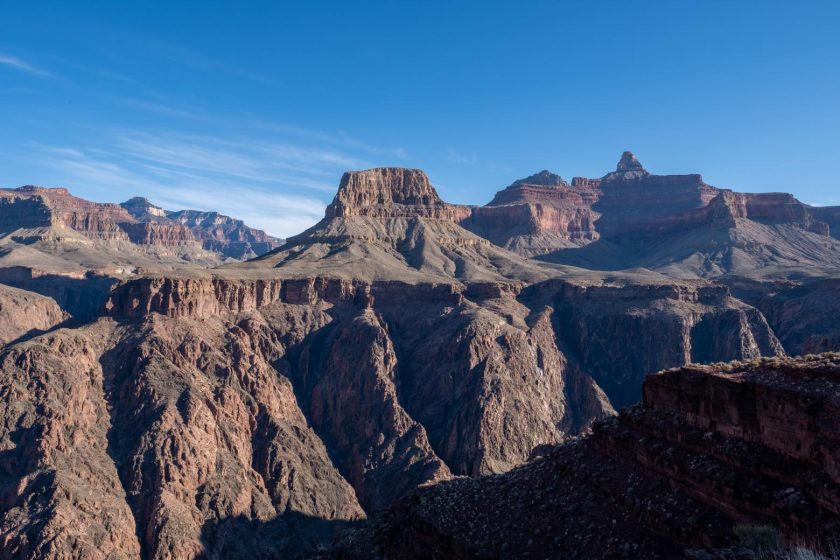 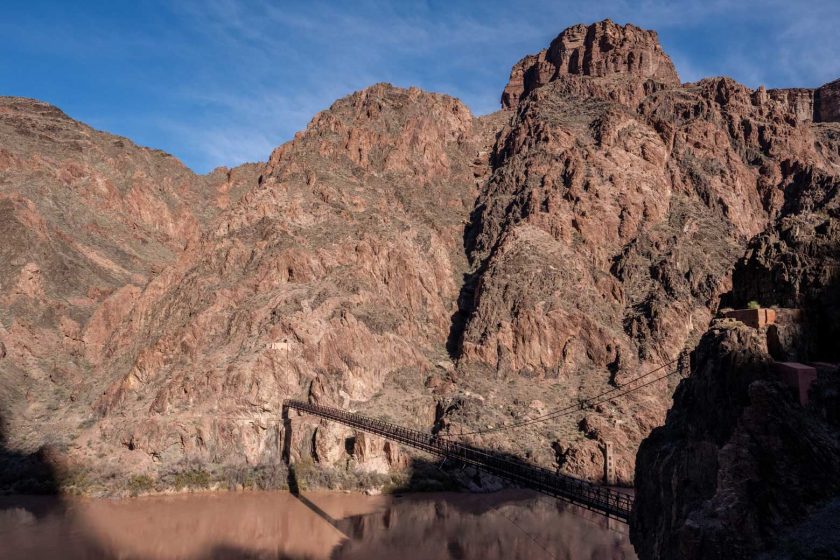 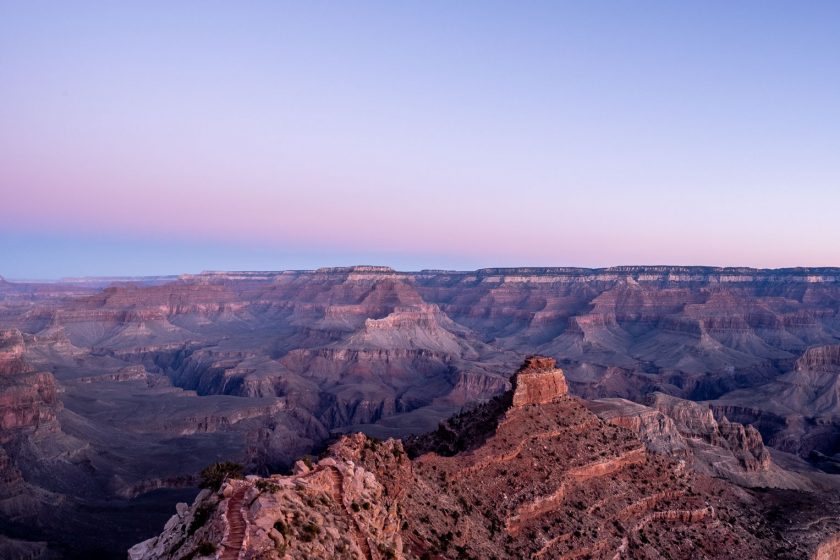 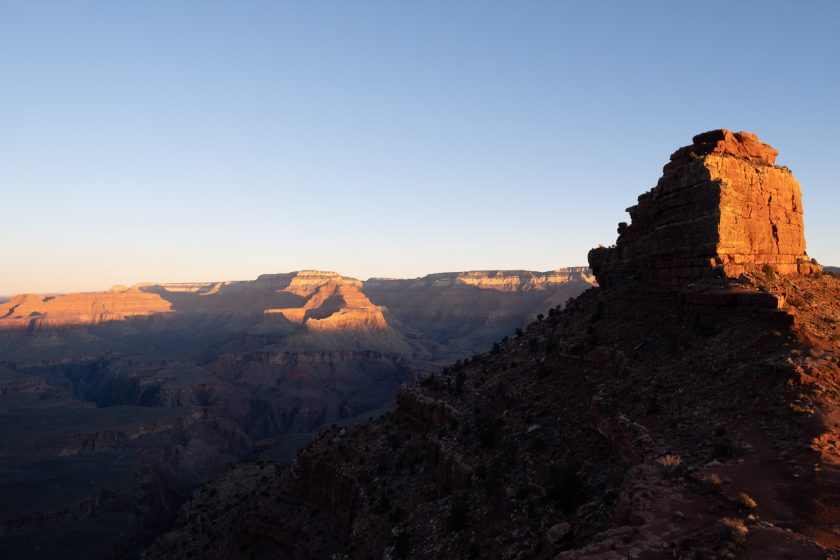