This challenging 3-day hike, that involves 2 nights of wild-camping, takes you to the most popular peaks of Carneddau and Glyderau mountain groups such as Tryfan (918m), Carnedd Llewelyn (1064m) or Glyder Fawr (1001m). In total it’s slightly over 45km long and if you want to follow the route exactly as we did it you should be confident with scrambling as some parts get rather steep and tricky. Although some of the peaks were covered in clouds when we reached them and there was almost no visibility it was definitely one of the most stunning hikes we did in the UK. Snowdonia is typical for its rainy weather so don’t forget to pack a rain poncho…

The route starts in Pont Pen-y-benglog where you can use one of the free car parks that are along Llyn Ogwen. Ideally you’ll park as close to the tourist centre as possible as this is where the route starts. At first you’ll be following a flat path that goes along the lake for about 2km. The end of the lake is the beginning of a 3km long ascend that will take you to the first peak of this hike – Pen Yr Ole Wen (978m). On your way there you’ll be passing by Ffynnon Lloer, which is a good spot for a quick break. Once you reach Pen Yr Ole Wen (978m) you’ll be following a clear path for about 5 next kilometres passing over Carnedd Dafydd and finally arriving to Carnedd Llevelyn (1064m). From there you can see Ffynnon Llyffant , which is the highest lake in Wales.

The last 4km of the route are really entertaining as there are two scrambling parts! First you’ll be scrambling down to get to the ridge that is right by Ffynnon Llugwy. Although it’s just a short scramble it proved to be challenging as it was foggy and rainy when we did it. From the ridge you’ll have some stunning views – on the right the peaks of Glyderau while on the left you can see the valley or the Irish sea. At the end of the ridge you’ll get off the path to scramble your way up to Pen Yr Helgi-Du (833m). Please disregard the little detour to the right that follows the path for about 200 metres – we took a wrong turn. Once you reach Pen Yr Helgi-Du you’re almost done for the day – now you only need to descend to the camping spot and enjoy the stunning views from there.

The second day is the longest and most challenging one. After you set off make your way to Pen Llithrig Y Wrach (799m) where again you will be offered an amazing view of both mountain groups – Carneddau and Glyderau. You now need to get to the Llyn Cowlyd reservoir. This may be a bit tricky as the last bit of the descent doesn’t have a clear path and sometimes you need to make your own through tall bushes and boggy areas. Once you get down there are approximately 10 flat km ahead of you. It’s an easy walk so try to use it to gather some energy for the scramble to the summit of Tryfan (918m). A few km before reaching Tryfan you’ll be passing through the Gwern Gof Isaf campsite so use this opportunity to refill your water bottles.

We tried to reach Tryfan’s north route by following a path from the east side of the mountain but this turned out to be a bad decision. The path soon disappeared, the terrain became really complicated and traversing towards the north route was extremely slow. So I’d suggest that you approach Tryfan’s north route from the road or the track that goes parallelly with the road. The ascend to the summit of Tryfan takes about one and half hour and is really fun and challenging.

Although most of it is not too hard I’d recommend not to go up when it’s raining as the boulders may turn very slippery. You can either follow our coordinates or find your own way up. The latter is probably going to be the case anyway as there are number of different approaches and lines to get up and every ascend to the summit is unique. It’s also important to mention that it’s possible to reach a dead end. In this case you have to retreat and find a line that is closer to your abilities. The route we chose was fun and not too difficult but towards the very top there was a short part that was rather dangerous and thinking back we should have probably tried to find an alternative line.

The Tryfan’s summit is often covered in clouds so hopefully you’ll be luckier than us and have some stunning views from up there. The descend from Tryfan towards Glyder Fach is quite easy and if you follow our GPX track you’re only 20 minutes away from pitching your tent. Originally we were gonna camp by Llyn Bochlwyd but because it was very windy, foggy as well as rainy we decided to use the stony wall in the wind gap between Tryfan and Glydar Fach as a protection.

Although the last day is only 9km long it’s still quite challenging. Especially its very first part where, if you follow our route, you need to scramble your way up to Glyder Fach (994m) through Bristly Ridge. There are also easier ways to get up there so if you don’t feel like scrambling approach the summit from the left side and keep left (taking a path that is indicated on the map below when you choose ‘OSM’). The scrambling bit starts from the same path but you have to keep right. Again, it may happen that you find a dead end when you’re scrambling your way up – in that case retreat a bit and find and easier line.

Once you reach Glyder Fach it’s now only an easy hike through Glyder Fach (994m), Castell-Y-Gwynt (972m) and Glyder Fawr (1001m) to Llyn y Cwn where the well-known path called Devil’s Kitchen starts. It’s pretty straight forward and the whole descend from Devil’s Kitchen to Llyn Idwal won’t take more than 30 minutes. From there it’s just short and chilled-out walk back to your car. 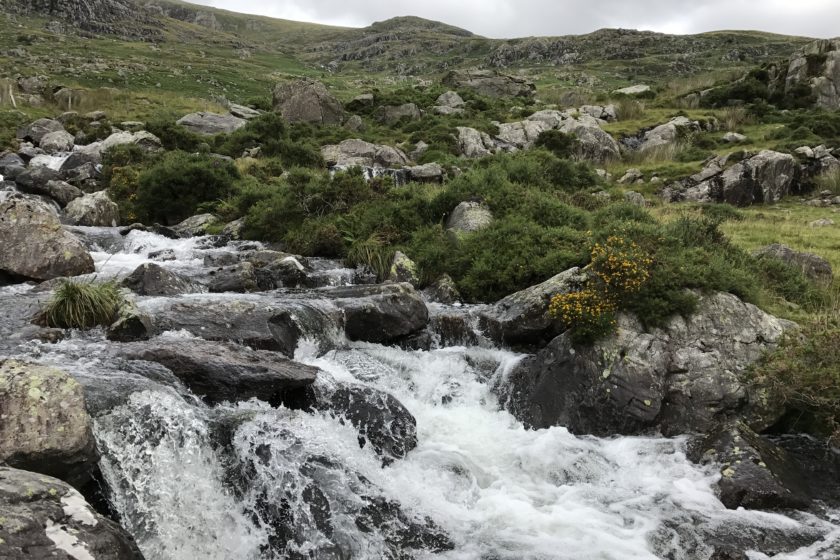 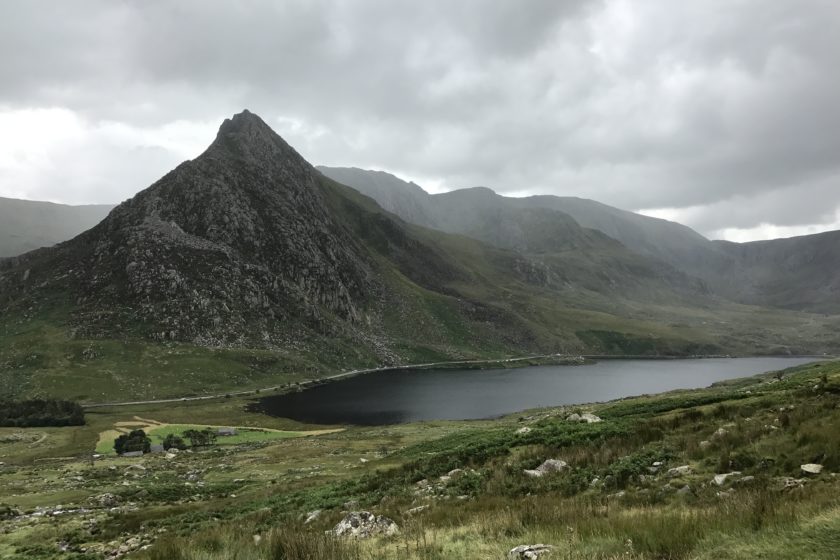 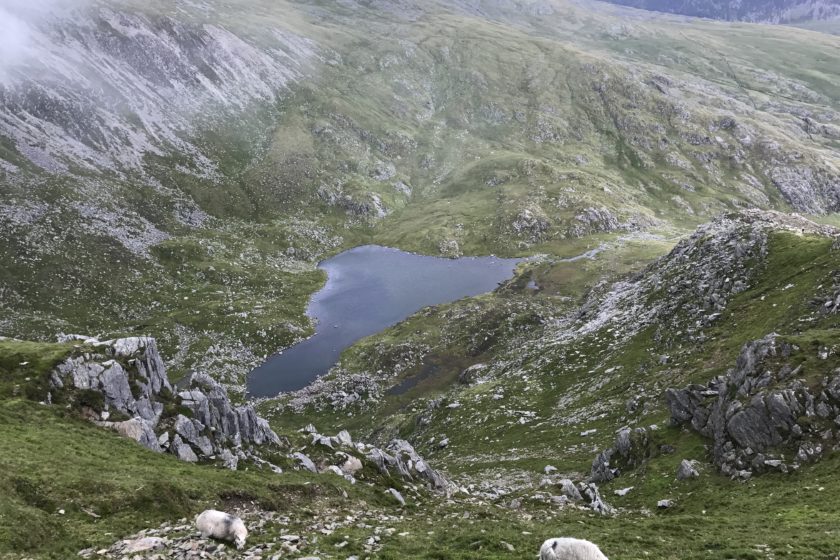 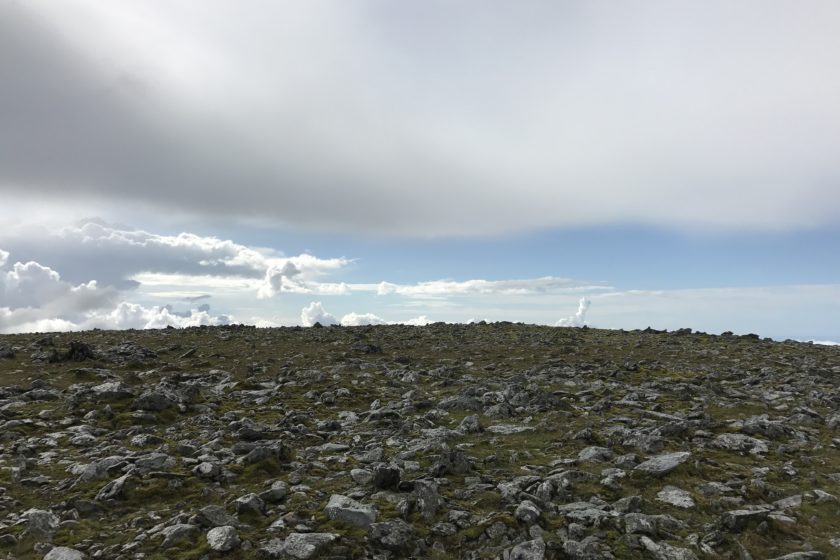 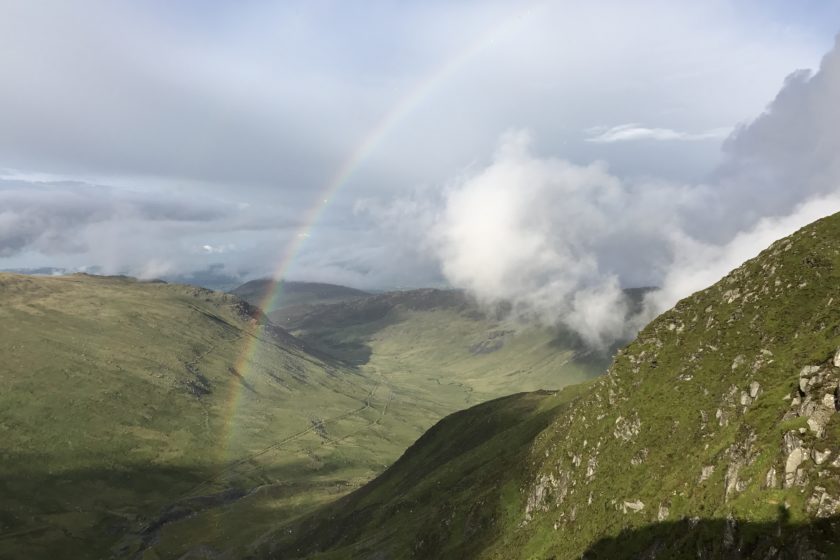 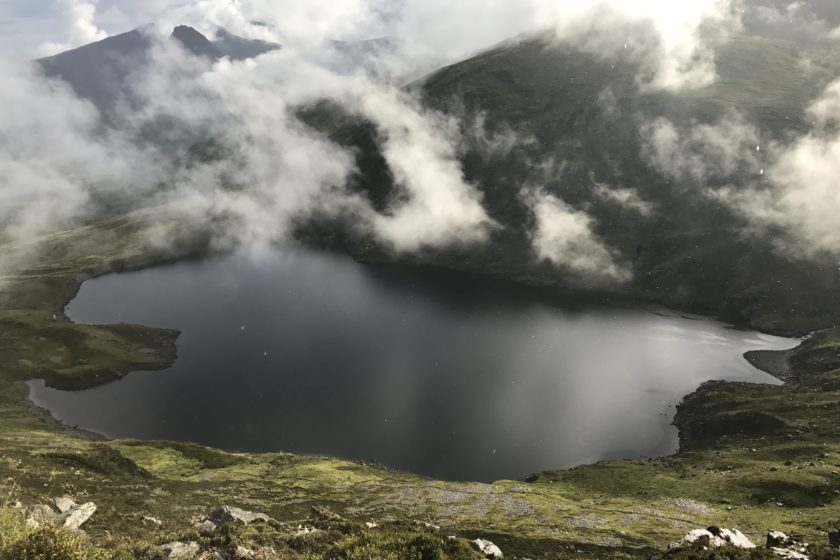 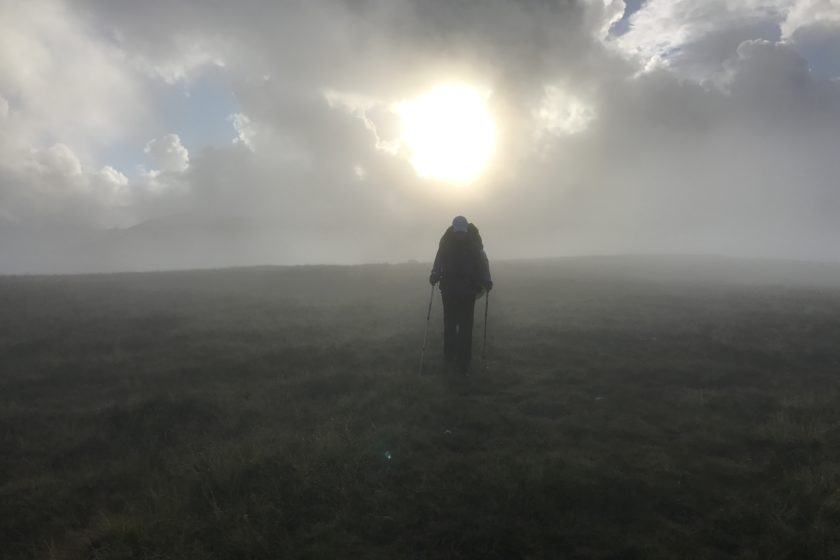 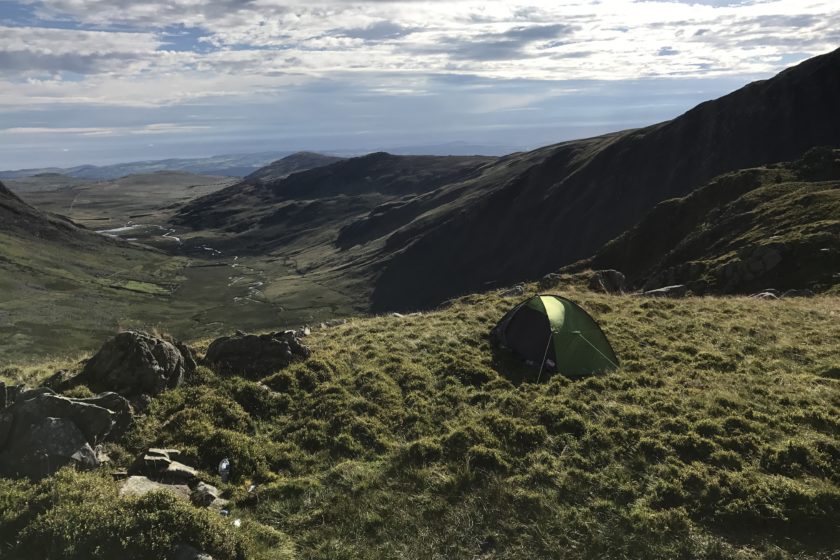 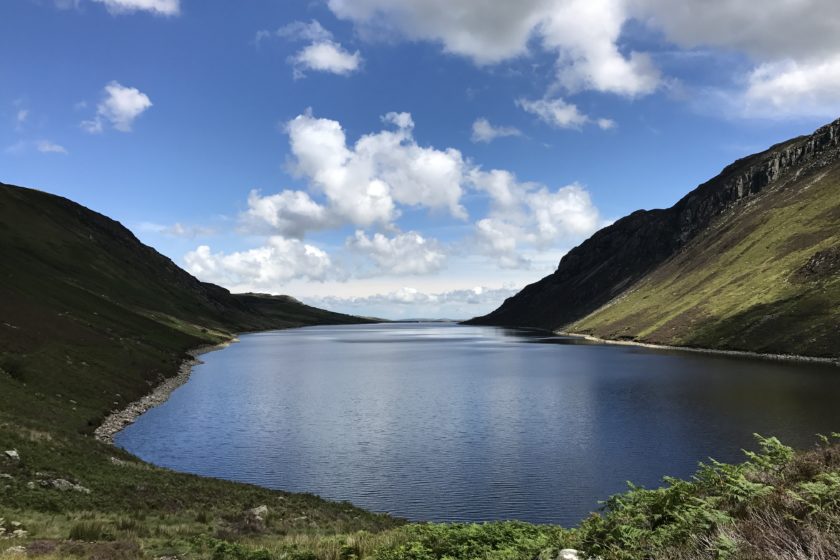 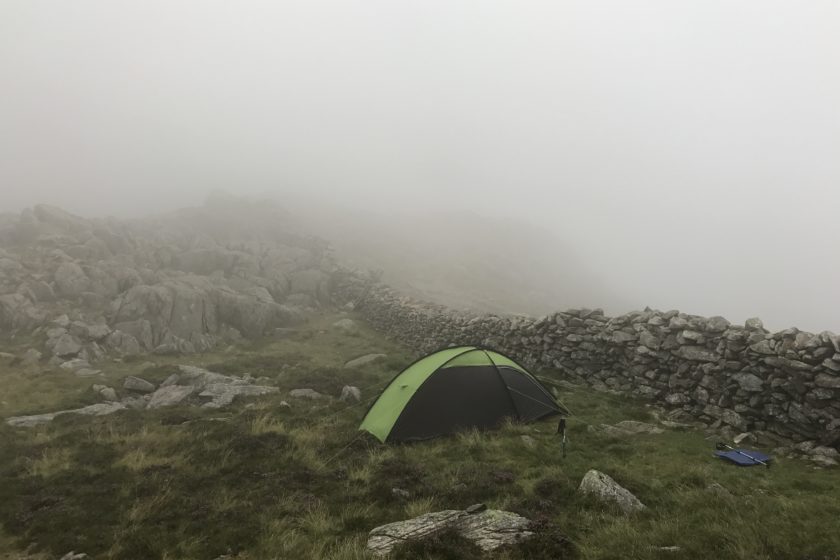 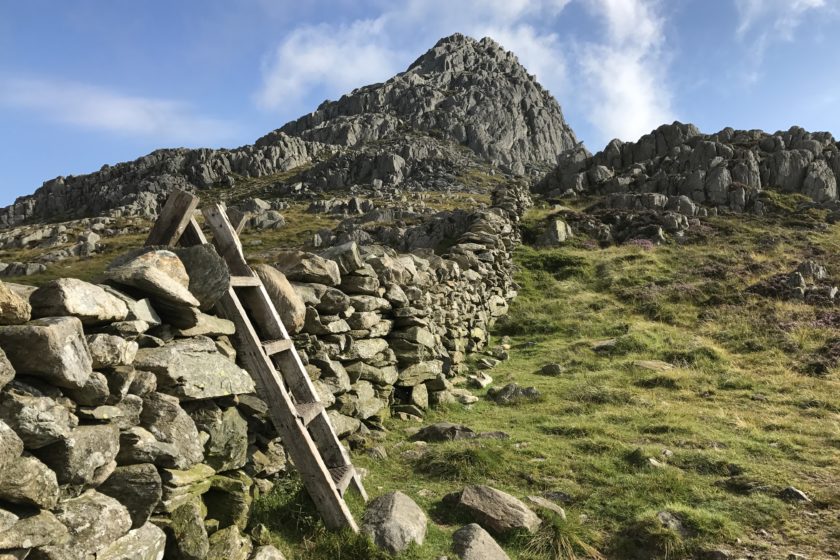 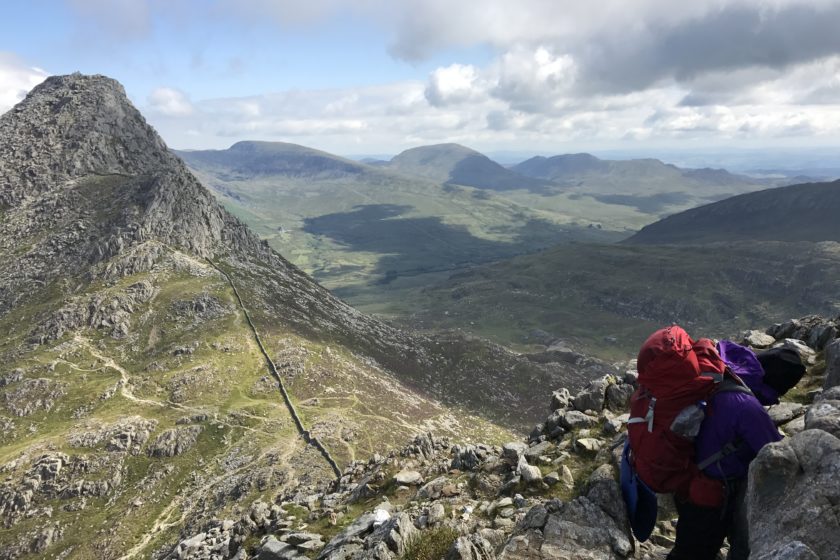 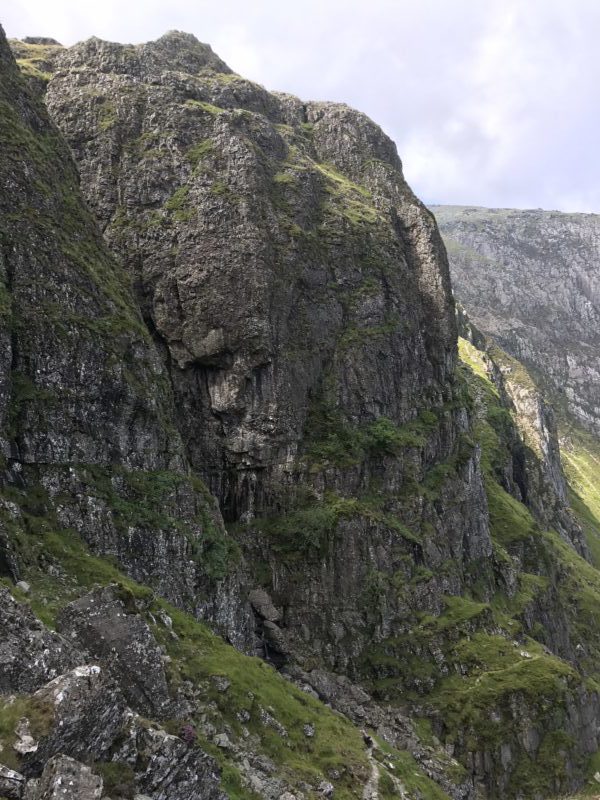 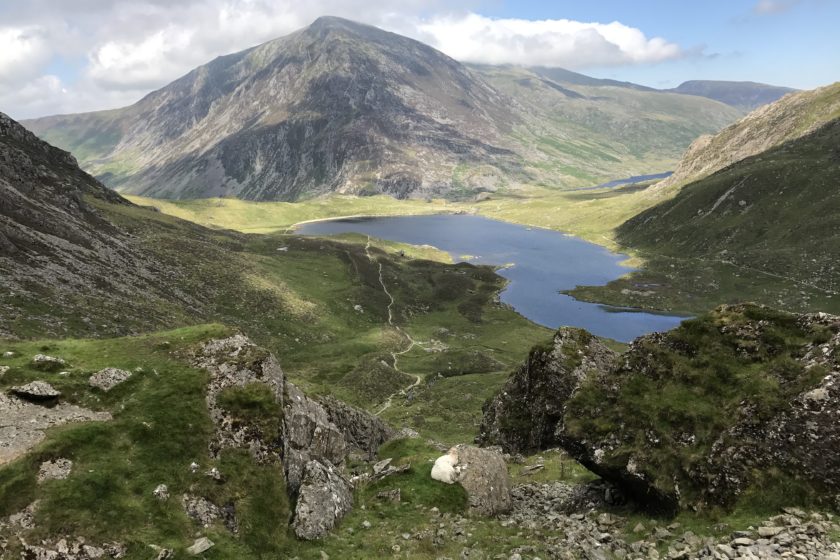