Another great wild camping hike in Lake District! This time it’s in Wasdale valley, around Wast Water, which is the deepest lake in England (79m). It’s a 3-day loop hike (2 nights of wild camping) that is 42.5km long and takes you to over 10 peaks including Kirk Fell, Seatallan, Illgill Head or Sca Fell. Since we did it at the end of March we even got to enjoy some snow – Sca Fell was all white, whilst there were large snow patches around most of other peaks. Here’s some brief info about each day as well as the gps coordinates to download.

The hike starts in Wasdale Head’s car park where you have to pay per night. The good news is that since the ticket machine cannot issue a ticket for 48 hours I was told to only pay for 1 night (for a fiver I think). This hike involves 3 rather exhausting climbs and the first one starts just a few moments after you leave the car park – think of it as a warm up when you’re walking up Kirk Fell (802m) from the sea level. On your right there will be a beautiful view of Sca Fell and Scafell Pike (two highest peaks in England).

On the way from Kirk Fell to your next peak Pillar (892m) you’ll encounter a short but fun scrambling part. Make sure you enjoy it as, sadly, it’s the only scrambling you’ll have to do. After Pillar there’s a 2km long ridge via Black Crag that offers some spectacular views on both sides. The rest of the day is pretty straightforward with Haycock (797m) as your last peak. Once you reach it start looking for a non-windy spot to camp – we only found it at Haycock’s foot.

Although there are only 4 peaks to reach on the second day it’s the toughest one as it’s almost 19km long. On top of that, you need to go back to the see level and then climb up again. It starts with Seatallan (692m), then passing by Greendal Tarn lake in order to get to Middle Fell (582m). In our case it was so windy that my wife and I had to hold onto each other in order not to fly away. Definitely one of the strongest winds I experienced while hiking.

Once you enjoy the view at Wast Water and the surroundings the route takes you all the way down. Don’t get overexcited by the idea of grabbing a quick beer – you won’t bump into any pub on your way to the next climb. However, we stopped at Woodhow farm at the 10th km to refill our water bottles.

Next, attack Whin Rigg (535m), the penultimate peak of the day, followed by a short hike to Illgill Head (609m). From there make your way down to the valley by lake Burnmoor Tarn to find a convenient spot for camping. Feel free to go for the one we found as it’s by a little clean river.

The last day is fun so make sure you wake up with a smile! It starts with a long climb (approx. 2.5h) to Sca Fell. The view from the top is amazing and you’ll probably want to ‘defeat’ also Symond’s Knott, which is right next to it.

In order not having to take the same(ish) path down from Sca Fell back to Wasdale Head you’ll have to go through Mickledore, narrow ridge connecting Sca Fell and Scafell Pike. Follow the route down the East side of the mountain, towards the Eskdale valley, that soon joins a path that goes up to Mickledore.

In order to get down from there you need to take a short but steep and narrow passage that starts right on the Mickledore ridge. When we were there the passage was covered in snow and we saw something that no serious hiker should see – tourists in their trainers trying to climb it up in order to reach Scafell Pike. Some made it on their knees while some gave up half way. In fact I had to help one woman to get up to Mickledore as she was stuck somewhere in the middle begging for help. I don’t think that crampons were necessary (although we saw some people wearing them), however, a pair of Converse is a big NO GO even if there was no snow.

And that’s about it! Once you make it through the fun passage there’s just 3km between you and your car. It’s an easy way down. And very warm as you’ll be taking off your layers you wore on the top.

Hiking in Lake District often brings unforgettable memories so you shouldn’t think twice about going there for a trip. We hope you’ll enjoy this route and we’d be happy for any feedback you can share with us. As always, the GPS route of each day can be downloaded (in gpx format) below the map. Have fun! 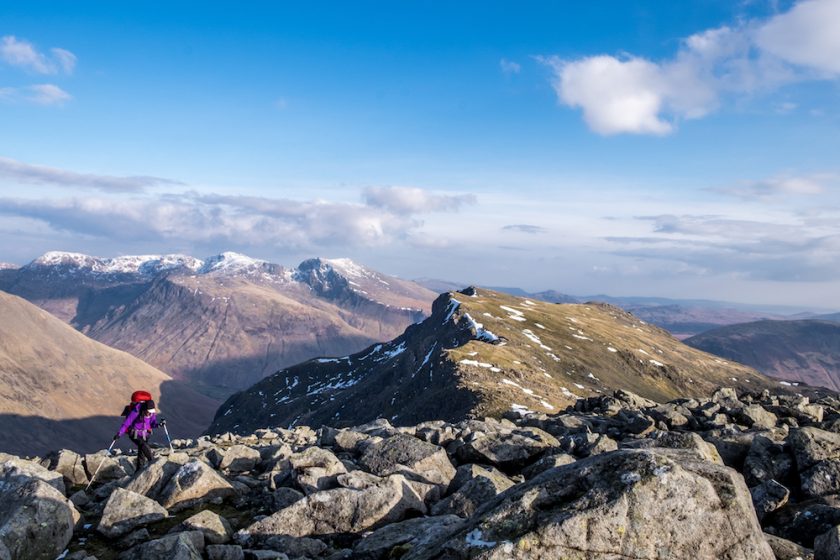 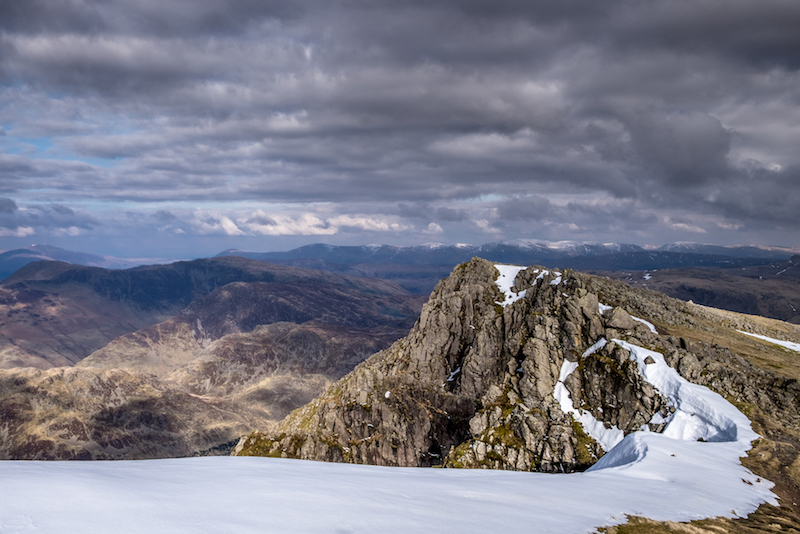 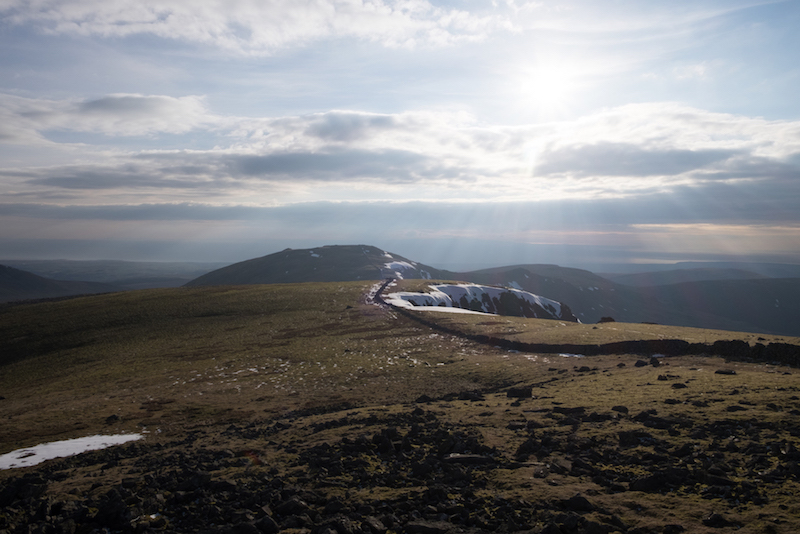 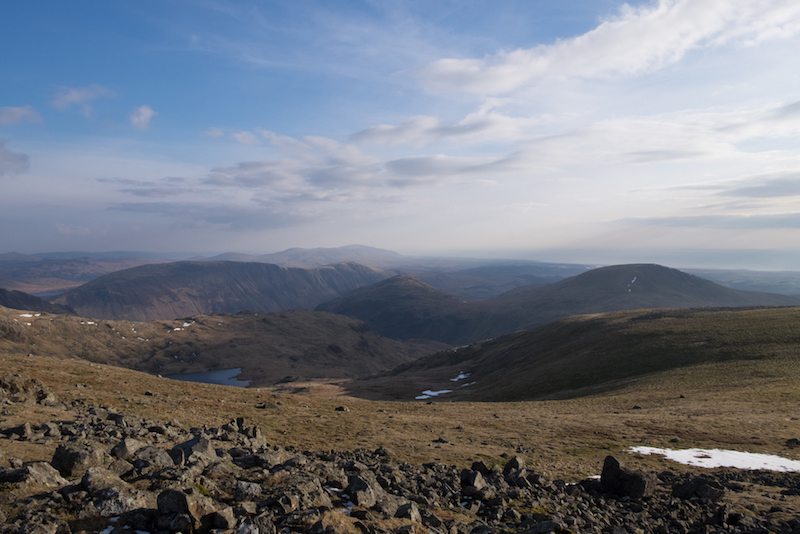 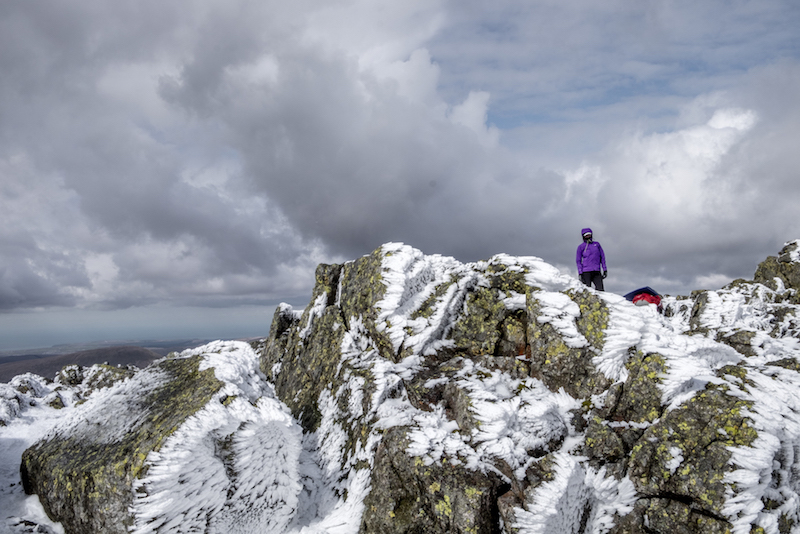 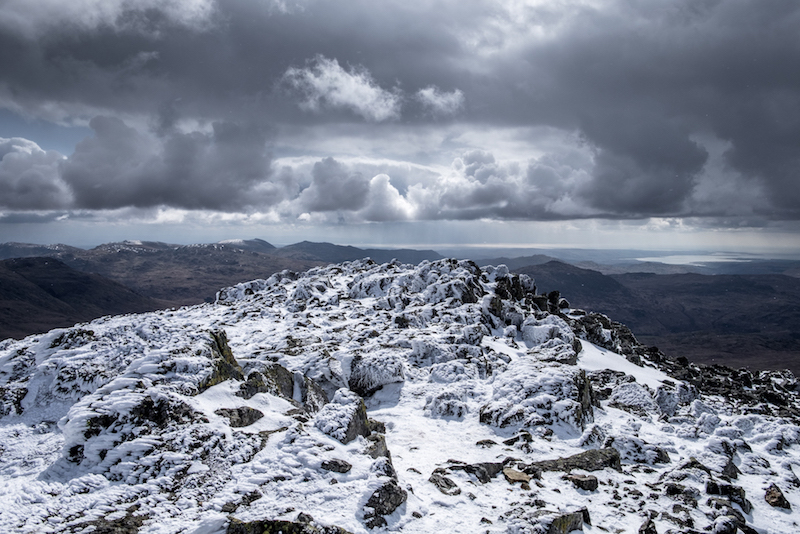 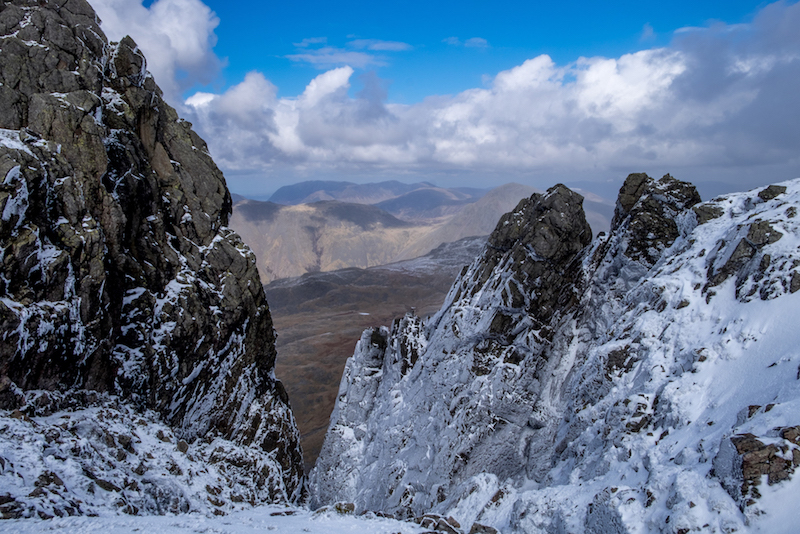 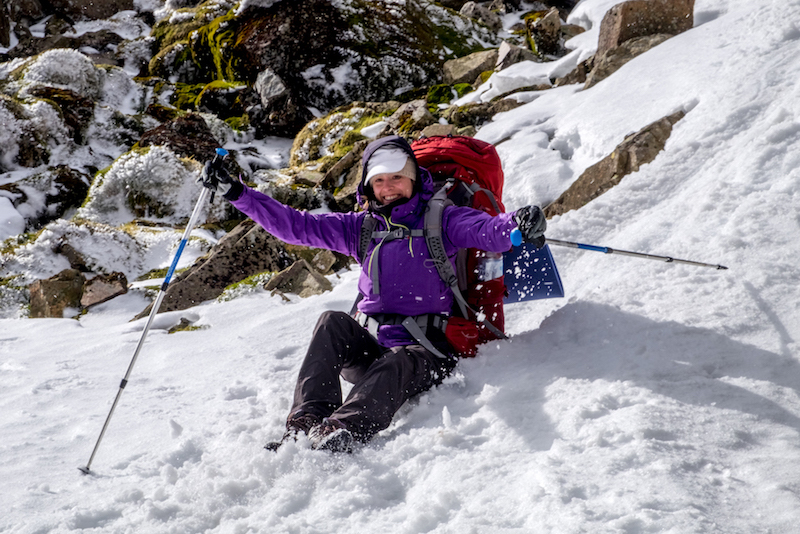